S. Gurdev Singh Kang Memorial Rural Institute For Career Courses is situated in the lap of nature of Bassi-Gujjran village, Near Chamkaur Sahib, Distt Roopnagar. Top most educated faculty is available to teach in classes from nursery to +2 Science stream. In +1 and +2 the boys and girls can opt either non-medical subjects. Arts subjects are not allowed, but the project is under consideration. Students who gain positions in Punjab school Education Board Mohali are rewarded with cash Awards and symbolic awards. The institution has created a history in the name of hard work and no use of unfair-means in exams.

Airy and well furnished class rooms are provided to the students. Smart rooms are also available. A big ,multi-purpose Hall has been newly constructed for society to held seminars on present agricultural and other social problems. Library is stuffed with new lexicons, Magazines and newspapers. Students enjoy learning computer education also.

The institute feels proud to give free education to 50-60 poor students every year. Medical facilities are also provided to the needy also. Moreover it takes pleasure to help them in higher education. 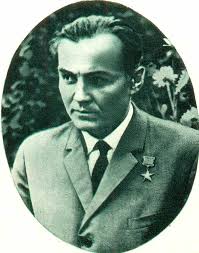 The core of Vasyl Sukhomlynsky's system of education was his approach to moral education, which involved sensitising his students to beauty in nature, in art and in human relations, and encouraging students to take responsibility for the living environment which surrounded them. Sukhomlynsky taught his students that the most precious thing in life is a human being, and that there is no greater honour than to bring joy to other people. He taught them that to bring joy to other people, and especially to their families, they should strive to create beauty in themselves and in the environment. There was thus a very close connection between moral and aesthetic education in Sukhomlynsky's approach.

The foundation of all personal growth is health, and Sukhomlynsky gave a great deal of his attention to ensuring that children enjoyed optimum health, especially in early childhood, when character is formed. He took children out into nature often, combining physical exercise with lessons in thought and in the appreciation of beauty. Especially in the primary school, he thought it important that children's thought be associated with vivid images, such as were to be found in the fields, forests and waterways within walking distance of the school. If thought were divorced from the children's direct experiences, it would exhaust them. Sukhomlynsky's holistic educational philosophy thus rested on five pillars: health education, moral education, aesthetic education, intellectual education, and work education.

EVERY CHILD IS UNIQUE

We feel proud, that the vision of administrating this institution did not come overnight just as Rome was not built in a day. Rather, there is a decade of hardships faced by the team of voluntary service organisation named ‘Chetna Munch Chamkaur Sahib’ Besides other social services, this organisation revolted against the orthodox rituals and enlightened people with traditional values by organising annual cultural programmes. Students of different educational institutes of Chamkaur Sahib participated in this league.

According to the statistics of a study conducted on 1100 students of 6 educational institutions in 1996, the problems faced by the students came to light. Their agony was penned down in a book named ‘Sadi Vi Suno’.

It is beyond doubt that it is difficult to make students responsible citizens of future. The corrupt environment of Indian community is influencing them at every step. Besides this, education department is no longer dedicated towards their profession.

The sole moto of our institution is to justify coming generation with bright future.

No doubt, that the students from other institutes are inculcated with bad habits, but the strict discipline of our institute removes the bad in them and improve their personality. Only a child having quest for education and becoming good human being can survive in our educational institute.

The faculty is awarded with handsome salary according to their qualification as compared to other private institutes. Last but not the least, we cannot repay the selfless and dedicated service of the teacher.

1.Pass out deserving students were guided and helped to take admission to Engineering, B. Sc., BCA and higher courses etc.
2.Well-built infrastructure with good facilities.
3.Highly qualified and experienced staff for bright future of nation.
4.Accountability in whole management.
5.Sports and other extra curricular activities.
6.Last but not the least this institute is a kingdom of sensibility and enthusiasm.

A Word About The Founder

Owing to the selfless service provided by the institute, it was but obvious necessary to name it after the person who had lived his life upto mark in all aspects. Unfortunately, S. Gurdev Singh Kang father of our revered Chairman died on 11 July 1997. On the whole hearted request by the committee members, S. Dharam Singh Kang agreed to name this institute S. Gurdev Singh Kang Memorial Rural Institute for Carrier Courses Bassi Gujran (Ropar) by donating a sum of Rs. 5 lakh.

S.Gurdev Singh Kang was born to S. Bakhshish Singh and Smt. Bhagwan Kaur on 22 December 1934 of village Slampur which comes under the territory of Ropar distt.

After finishing his matric he left his home and went to Calcutta for earning livelihood. Initially, he started his work by running a roadside small shop. But with strong determination, endurance, persistence and will power he reached the pinnacle of success. In this journey, his whole family settled in Calcutta.

With the cooperation of his life partner they lead their children on right path. Although his sons S. Dharam Singh Kang, S. Gurmeet Singh and S. Manjit Singh Kang ran his business successfully, but he did not give up in life.

During riots in 1984 the Kangs returned to Punjab. After coming back his elder son S. Dharam Singh Kang became active member of ‘Chetna Munch Chamkaur Sahib’. After that he became the chairman of ‘Malwa Rural Educational Society (Regd.) Chamkaur Sahib’.

On 11 July, 1997 S. Gurdev Singh Kang gave sudden demise to his family. In the remembrance of entrepreneur and success of S. Gurdev Singh Kang, the whole Kang family made contribution in the field of rural education by unifying the name of their deceased father with this social institute.